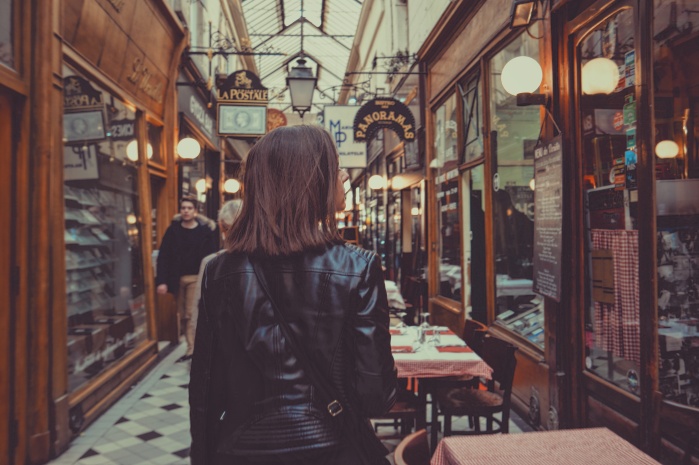 When a friend who works at Baker Publishing sent me a photo of the cover of Gina Dalfonzo’s debut release last November, all I could think was, “Hallelujiah! It’s about time someone unpacked the relationship between singles and the church!”

Gina has graciously agreed to guest post this week. Her words were and encouragement to me and I know they will be for you. One by One: Welcoming the Singles in Your Church is in stores this week. You can purchase a copy here.

When I was in my mid-20s, I started work at a place where one of my colleagues was a 40-year-old single woman. She was a very nice woman—good at her job, easy to talk to, and pleasant to work with. But—true confession time—for a long time I felt a little bit freaked out whenever she was around.

Why? It’s hard and embarrassing to explain. Frankly, I’m ashamed when I look back at my own naïve and immature frame of mind. I felt freaked out simply because she was single and 40—and there were not many voices in my life telling me that this was a good or even an okay thing.

My mother, to be sure, had always wisely told me that there was nothing wrong with staying single if I didn’t meet a man I truly wanted to marry. But, though I appreciated the principle, I had never really taken that idea seriously. Of course I was going to find a man I wanted to marry—didn’t every woman? Just because my own dating life had been pretty sparse up to that point didn’t mean he wasn’t going to walk into my life eventually. That was how it worked.

Except that for this woman, that wasn’t how it had worked. And her presence made me think, “If it happened to her, who’s to say it couldn’t happen to me?”

But, remarkably, she seemed okay with her singleness. It was all the more remarkable because she was a Christian, and Christians, naturally, were marriage- and family-focused. That had been my experience my whole life. All the Christian dating books talked about how God would bring your destined mate into your life if you just did everything right. Rarely was the idea of permanent singleness brought up . . . and when it was, it was not usually brought up in a good way.

Like when Leslie Ludy wrote in When God Writes Your Love Story about her struggles to trust God before she was married:

I pictured myself trusting God with this precious area of my life, only to end up sitting in a long, gray, tentlike dress, staring forlornly out the window and rocking my life away in a rocking chair. . . . Looking back, I laugh at such a thought. That was before I learned what a true romantic God is. If I had only known what he had planned for me . . . I never would have doubted for a minute!

In her earnest effort to persuade people that God is in charge of our love lives—a great thing—Ludy inadvertently ended up painting a terrible picture of lifelong singleness—not such a great thing. If only she, and other Christian writers on the subject, had managed to convey that God is good and life is good whether you get married or not, what a blessing it would have been to many who started losing faith as time passed and no God-ordained spouse showed up.

If there is one thing I wish I had heard from the church in my adolescence and young adulthood, it’s this: Even if you never get married, you’ll be okay. Extended singleness is not some terrible wasteland where the unworthy are left stranded and forsaken.

Oh, it can be hard, don’t get me wrong. It can be really, really hard. But even if God mysteriously turns down your petitions for marriage, even if you go for years and years wondering why it just isn’t happening for you, that doesn’t mean He doesn’t love you. And it definitely doesn’t mean He’s left you alone. He’s not the kind of God who does that.

Today, I’m the one who’s in my 40s and still single. I don’t know whether my younger friends ever feel weird around me for that reason. If they do, that’s all right; I’ve been there, and I understand. But more than anything, this is the message I want to send them: Single life is just another kind of life. Sometimes it’s painful, sometimes it’s beautiful. Sometimes it makes you lonely, and then sometimes it brings moments that are gloriously fulfilling. It may not be the life you expected, but it can still be a really good life.

It’s true that, if you never get married, you’ll struggle and you’ll suffer—because that’s what life is like. It brings struggles and suffering to us all, in all kinds of different ways. But you can have help facing those struggles when you hold on to God and His promises—His real promises.

For, contrary to what all those well-intentioned writers and teachers and thinkers told you, God never promised that everyone gets a husband or a wife. There’s no divine formula that automatically makes it happen. God is not some cosmic Oprah who proclaims, “You get a spouse! And you get a spouse! Everybody gets a spouse!”

What He does promise is that He will never leave you nor forsake you. And with Him in your life, no matter what, you will be okay.

Gina Dalfonzo is the author of One by One: Welcoming the Singles in Your Church (Baker, 2017).