I have live in Michigan my entire life. Born and raised in the Great Lakes State and not once have I been tubing until this year. Sad but true  and to be honest, I have never felt like I was missing out on much. 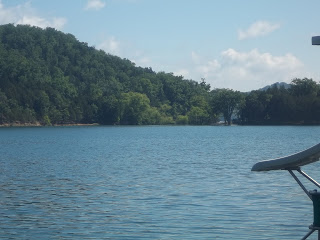 I felt forced into it. I was leading on a church trip, house-boating on Dale Hollow Lake, and one of the students found out I was a tubing virgin. This was apparently a crime, so I was soon caroused into my swimsuit and forced into a life jacket that was a bit too big. If not uncomfortable. Standing at the stern of the houseboat, waiting for the speedboat to come pick me up, I couldn’t think up one decent reason for plunking out of this.

But it was too late and the student I was going with just had to tell the driver that it was my first time tubing. And that was met with a devilish smile and a “Oh, we’ll make sure it’s a good one then.”

That was along the lines of what I was thinking as I swam out and climbed onto the tube. Or at last it had four letters and the same general meaning. I crossed arms across the tube with the student, white-knuckling the handles. She assured me doing it this way would help us keep each other on. I didn’t think the ninety pounds of her was going to keep all five foot ten of me on anything.

And then the boat took off. And it was fun at first. Speeding up, turning onto the main lake. And then we actually started going.

This was not what I had signed up for. I felt rigid on the tube, trying my best to keep my knees on the flying circle and my swimsuit bottoms on my hips. My jaw kept beating onto the tube no matter how hard I tried to hold my head up. My teeth were clenched, which probably didn’t help the repeating blows. My toes felt like they were going to be ripped off my feet as they bounced into the water with each run over the boat’s wake.

Did you know giving a thumbs up does not mean that you are doing okay? That it actually means you want to go faster? Because I did not know that. It also didn’t help that some punk kid on the tube next to ours yelled to the driver, “You drive like a lady!”

My arms were about to tear out of my sockets and I imagined flailing off the tube and not having arms to swim with. We flew continually back and forth over the wide wake of the speed boat. I began to slip over the side of the tube. I could hardly work my way back to safety as we whisked all over the unforgiving water. I could hardly feel my arms. I think I pulled a muscle in my neck. I think I peed a little.

They probably don’t recommend this in any manual in small group leadership, but all I could manage to shout to the girl next to me was, “I hate you! I hate you. I. Hate. You.”  I couldn’t think of anything else. This was becoming a test of survival. What ever it took, I had to stay on this tube or else I was going to die!!!!!

And then the ninety pounds shoved me off the tube.

I hit the water with a smack and skidded a bit before coming to a halt.

Checking immediately to make sure my arms still worked, I then shoved them beneath the water. Where they there? I felt around my waist. My bottoms had begun to fall, but were in a reachable, fixable distance down my legs.

And the boat turned slowly to come retrieve me.

My arms began to relax, turning to rubber, humming with soreness as I began to paddle back to the boat. Relief filled me as I realized I was going to live to see lunch. My life was not over!

There was great comfort–after the melodrama had cleared–in realizing that the driver and another passenger in the boat had been keeping an eye on us all along. Their intent was not to throw me off the tube (Though I strongly suspect  that yes, in fact, it was…), but to take me on a ride.

I felt like a cheese-head as my ever-connecting brain began to knit the parallels here. See, I have recently come off of a year of, well, crap. A lot of loss and struggle, but God was present in it all. Tough to find in the moment, but in hindsight, so ridiculously present, I can’t believe I missed it. For a lot of that season, it felt like I was holding on for dear life as I was jostled, beat up, and thrown around. I was tired and scared. But I made it. Because God was watching. Because he cared. And it didn’t just end when I didn’t like where the ride was taking me. It didn’t end because of his lack caring. No. He cared too much about me and my character and my relationship with him. He wasn’t putting me through that season to throw me off into hopeless oblivion. He was taking me on a ride.

He promises he will not put us through more than we can handle. He does not promise he wouldn’t bring us up to the screaming edge of the cliff, but he has told us we will not topple over the edge. It is in those moments, looking desperately over the cliff’s edge that I begin to see God clearly. Because I’m not distracted by me or my wants. I am given a full view of his love. I am shown how deeply and vastly he desires relationship with me, desires my trust.

So it is safe to say I am never tubing again. But I am thankful for the living metaphor. The feeling and the reminder that I can trust even when my arms can’t take it any more. When I’m flying off into the unknown, not even knowing if my pants are on right. God’s got it. Both in the physical and the metaphorical… though I think the pants are my responsibility… 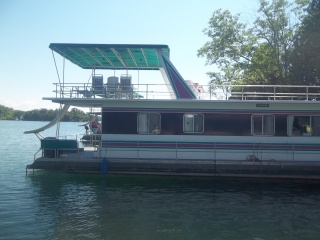 2 thoughts on “Trust and Tubing”